What's on your mind?

Some of the pages are missing images

Where do I put a character's job title?

9story.com/portfolio/nella-princess-knight affirms TWICE that Nella is eight (at least at some point, whenever this was written) but I'd like to know if anyone knows any sources assigning ages to other characters.

I noticed at en.wikipedia.org/wiki/Nella_the_Princess_Knight that people have written for example:

*"Willow (voiced by Maya Tanida) is a shy seven-year-old farmer who has green hair and knows how to cultivate plants."

However whoever added that might have simply LIED. Does anyone recall any references made to Blaine being 1 year older than Nella or Willow being 1 year younger?

We might also look at when major events have passed, in case a repeat can be used to establish a year's passage. Things I recall being in episodes:

I HACKED THIS WIKI 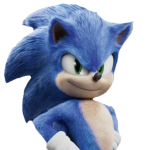